Licensed NLP Certification. You have heard it before, and came across it in many websites. But to state that NLP is licensed or trademarked is a myth which is worth debunking.

Please understand that I, as a Certified NLP Trainer know that NLP is beautiful and a way to change behaviours fast and create changes that last.

NLP is about learning how to use your mind and run your life. It is not about getting a license to think. NLP is not licensed, and there are no trademarks that apply to NLP, as some of the key concepts and expressions of Neuro Linguistic Programming or NLP were mentioned as early as 1943.

But there is a story behind the licensing issues in NLP.

Let me share this story with you, but most of it can be found in the respective section in Wikipedia – other sources of information and weblinks in the end of this entry.

It was the end of the 1970s, beginning of the 1980s and NLP was at its height.  That was the time, when Bill Clinton and Al Gore became involved with NLP as well.

The developers in NLP, John Grinder and Richard Bandler but most likely others as well, became alienated with each other about the direction that could be taken within the field. 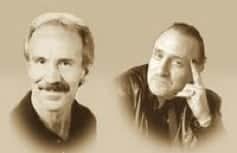 In 1981, the differences within the group couldn’t get ignored anymore and the group broke up.  In 1981, Richard Bandler initiated a civil action against Grinder and his company, seeking injunctive relief and damages for Grinder’s commercial activity in relation to NLP.  On 29 October 1981, judgment was made in favour of Bandler but things were bound to change soon, as Richard did not follow up when infringements happened.

As part of a settlement agreement Bandler granted to Grinder a limited 10-year license to conduct NLP seminars, offer certification in NLP and use the NLP name on the condition that royalties from the earnings of the seminars be paid to Bandler (Source).

As part of a settlement agreement Bandler granted to Grinder a limited 10-year license to conduct NLP seminars, offer certification in NLP and use the NLP name on the condition that royalties from the earnings of the seminars be paid to Bandler.

NLP had been registered as a trademark by McKenna Breen Ltd, a training company run by TV hypnotist Paul McKenna in 1996.

In July 1996 and January 1997, Bandler instituted a further two civil actions against Grinder and his company, numerous other prominent figures in NLP and 200 further initially unnamed persons.

Bandler alleged that Grinder had violated the terms of the settlement agreement reached in the initial case and had suffered commercial damage as a result of the allegedly illegal commercial activities of the defendants.

In December 1997, Tony Clarkson instituted civil proceedings against Bandler to have Bandler’s UK trademark of NLP revoked. The Court found in favor of Clarkson; Bandler’s trademark was subsequently revoked.

In February 2000, the Court found against Bandler, stating that “Bandler has misrepresented to the public, through his licensing agreement and promotional materials, that he is the exclusive owner of all intellectual property rights associated with NLP, and maintains the exclusive authority to determine membership in and certification in the Society of NLP.”

By the end of 2000, Bandler and Grinder entered a release where they agreed, amongst other things, that “they are the co-creators and co-founders of the technology of Neuro-linguistic Programming” and “mutually agree to refrain from disparaging each other’s efforts, in any fashion, concerning their respective involvement in the field of NeuroLinguistic Programming.”

As a consequence of these disputes and settlements, the names NLP and Neuro-linguistic Programming are not owned by any party and there is no restriction on any party offering NLP certification.

You can find more information about the History of NLP here.